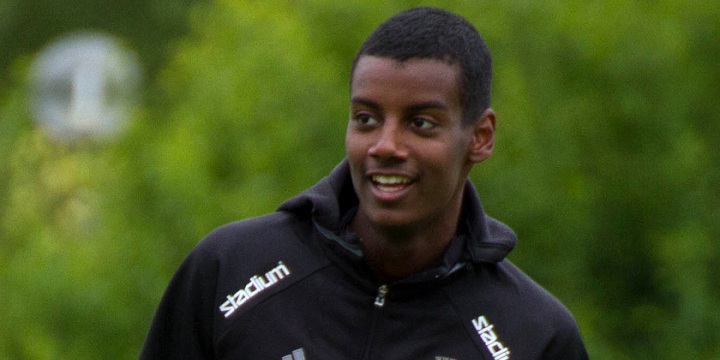 According to reports emerging from the Daily Mail, Everton are currently involved in a head-to-head battle to secure the services of Alexander Isak.

Alexander Isak is arguably one of the most talented young attackers plying their trade in Europe at the moment and his performances over the last 12 months or so is a testament to this statement.

Despite being only 17, Isak is currently the first choice striker for AIK and he enjoyed a wonderful campaign in the Swedish Allsvenskan last year, scoring an impressive 11 goals in 26 appearances in all competitions.

As a result of his exploits, a host of clubs have understandably expressed their interest in securing the services of Isak and now according to reports from the Daily Mail, the duo of Everton and Real Madrid are currently locked in a head-to-head battle to sign the teenage sensation.

The report states that Madrid have already placed a £9 million offer for Isak but AIK are holding out for around £14 million and Everton are now mulling over whether or not to meet the Swedish side’s demands for the attacker.