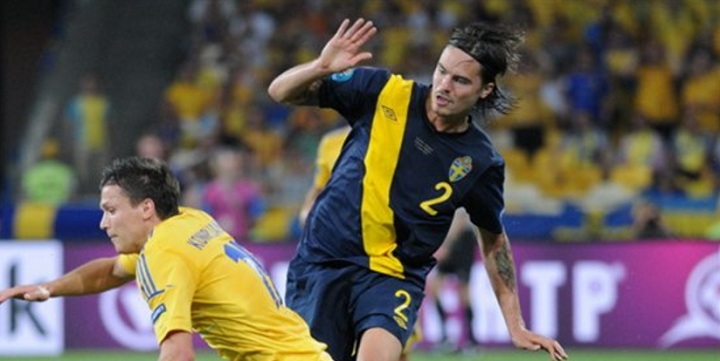 Celtic and Barcelona squared off against each other in the Champions League at Parkhead last week and unsurprisingly, it was the Catalan giants who emerged victorious by claiming a 2-0 victory.

However, it has to be said that Celtic put up a good fight during the encounter and the battle between Barcelona superstar Neymar and Hoops’ defender Mikael Lustig in particular, was one of the highlights of the game.

Neymar was subjected to tough treatment by the physically imposing Lustig on the night and the Brazilian international finally snapped in the second period by squaring off with the Swede after taking exception to a strong challenge.

Now Lustig has gone on to speak regarding his duel with Neymar and has admitted that while he tried to get into the 24-year-old’s head, he has no reason to apologize.

Speaking to the Daily Express, the 29-year-old said, “There weren’t any heavy tackles, it was just two guys who moaned at each other. It was nothing special.

“He’s better than me, so to compete you try to stay close and sometimes you need to pull tricks and get into his head. It was job done when he reacted but I didn’t show my experience when I chased after him and got a yellow as well!”