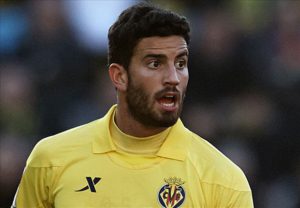 Tottenham had the joint-best defence in the Premier League last season, but Mauricio Pochettino is reportedly planning to add to his defensive options for the new campaign.

According to Italian journalist Emanuele Giulianelli, who contributes FourFourTwo and La Gazzetta dello Sport among other publications, Pochettino is planning to reignite a proposed move for Valencia centre-back Mateo Musacchio.

The Belgian pair of Toby Alderweireld and the fit-again Jan Vertonghen are set to be Pochettino’s first choice defensive pairing again this year, but with Federico Fazio joining Roma on loan there may be a vacancy for a back-up option.

Argentine centre-back Musacchio was linked with a move to White Hart Lane two years ago, but claimed he turned down the transfer.

He told Estadio Deportivo, according to Sky Sports: “I’m fine here. I never said I wanted to leave and I never forced the situation.”