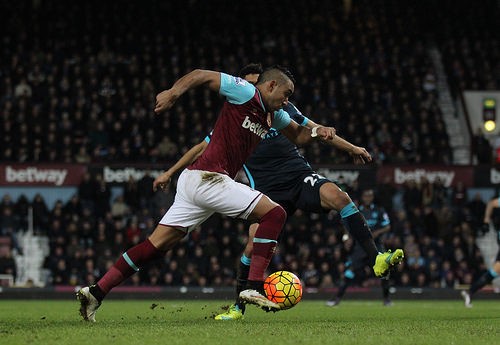 There have been a few stars at Euro 2016 that have attracted interest from Real Madrid, but there are also a couple of Galacticos that could be on their way to pastures new.

Payet’s highly impressive debut season in the Premier League with West Ham had him making headlines, but it took a while for him to break into the France first team. Didier Deschamps initially needed some convincing, but after a run of sizzling form in the group stages, the West Ham playmaker must be one of the first names on the team sheet. His goal in the opening game of the tournament could well win the award for the best goal of the Euros, but it is his vision and technique which would make him an asset for any top club.

Real Madrid have reportedly shown interest in the 29-year-old, but according to Payet’s agent he is happy to stay in London for another season. Zinedine Zidane may have to stump up a hefty sum if he wants to prize this loyal player away from Slaven Bilic this summer.

Real Madrid have also shown great interest in the 2014/15 PFA Player of the Year. As a similar style of player to Payet, Los Blancos would probably try to swoop for one or the other. Hazard had a dreadful run of form for Chelsea last season, but his dazzling performances in the Euros, especially in the defeat of Hungary, have reminded the world what a unique talent he is.

Chelsea have expressed interest in the Spain striker, Alvaro Morata, and according to the Mirror, Real may be prepared to involve the former Juventus forward in a swap deal. The deal would be Morata, plus £35million, putting the price on Hazard at around £75million.

Keeping Hazard at Chelsea may be one of Antonio Conte’s primary objectives, however. If this incredible form continues, there are sure to be even more rumours about a possible move. Those who want to try and win some money by predicting the outcome can click here for odds on the Belgian’s next possible club.

On the way out?

Morata proved to be an excellent spearhead for the Spain attack, and had Vincente Del Bosque’s men progressed further in the competition, the striker would have been a favourite to win the golden boot. Having just re-joined La Liga from Serie A, Morata may yet be sold on to another club. The striker has attracted interest from a number of clubs including Chelsea and Arsenal, and Madrid could make a tidy profit on the player.

Gareth Bale has also shown the world what an exceptional player he is. Wales progressed further than anyone could have imagined and the Real Madrid man has, of course, been at the heart of the success. There is a lot of speculation that Jose Mourinho may try to bring him to Manchester United, where the Portuguese seems to be trying to build a team of superstars.

There is sure to be plenty of speculation and hype surrounding these players in the coming months. Who will be wearing a white shirt on the opening day of the season? We shall have to wait and see.