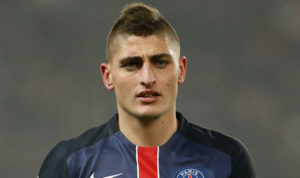 According to reports from Italian newspaper La Rebubblica, Barcelona could make a move for Paris Saint Germain midfielder Marco Veratti in the summer.

The 23-year-old Italian has yet again been pulling up trees in Ligue 1 this season and his performances as the Parisian club’s play maker has attracted the attention of some of Europe’s biggest side recently. With legendary pass master Xavi Hernandez no longer at Barca, the club are reportedly on the look out for his long term replacement this year.

And fans of US Casinos and betting in general wouldn’t be willing to back Los Blaugranes to win next year’s Champions League until a player who can fill the Xavi-shaped void that has been left at the club is brought in.

And whilst he’d certainly cost a pretty penny (€60 million is rumoured to PSG’s asking price), at just 23 years of age an investment of this magnitude could still reap huge returns should he go on to dictate play at the Nou Camp for many years to come.

Who do you think Barca should sign this summer? Have your say in the comments box below.