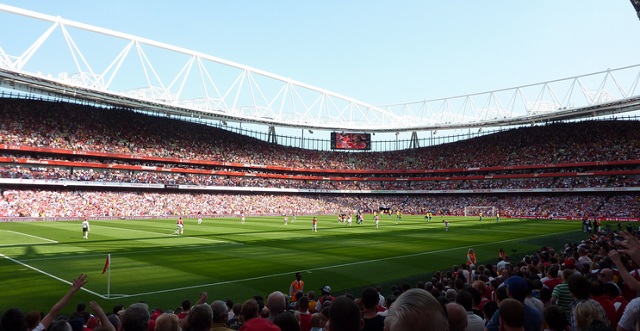 Arsenal have enjoyed a decent season so far and remain in the hunt for honours in the Premier League, FA Cup as well as the Champions League.

However as recent history tells us, Arsenal tend to struggle during this particular stage of the campaign and it will be interesting to see how the Gunners acquit themselves this season.

In arguably the biggest game for Arsenal during the current campaign so far, they prepare to square off against Barcelona at the Emirates Stadium in the first leg of the Champions League Round of 16 clash on Tuesday night and the outcome of the game could potentially make or break the Gunners’ season.

Barcelona have been in brilliant form this season and many believe that the Catalan giants are well on course of claiming another treble during the current campaign.

While Barcelona seem certain to earn triumph in La Liga as well as the Copa del Rey, the Champions League can be a different kettle of fish due to the intense competition and manager Luis Enrique will know that his side cannot take anything for granted.

Barcelona now prepare to face familiar foes Arsenal in the Round of 16 of the Champions League and although favourites, the defending champions will know that the clash is an extremely tough one.

Barcelona and Arsenal have squared off against each other on numerous occasions during the past few seasons and it is usually the Spanish giants who come out on top.

Heading into Tuesday’s encounter, Barcelona have to be considered favourites once again and while they are expected to win, Arsenal should put up a good fight on the night.