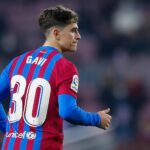 Sunday's La Liga live football action rounds off with a blockbuster encounter between third-placed Barcelona and current runners-up Sevilla at Camp Nou. Barca headed into March's international break on the back of a scintillating 4-0 romping of bitter rivals Real Madrid at the Santiago Bernabeu.  Pierre-Emerick Aubameyang netted a double, while Ronald Araujo and Ferran Torres chipped in with a goal apiece to sink La Liga leaders in the capital.  As for Sevilla, a run of three successive league draws, including an uneventful 'nil-nil' stalemate with Real Sociedad last time out, has curtailed their title bid. Coming into the final nine rounds of fixtures, Julen Lopetegui's men trail table-topping Madrid by nine points and will need a miracle to lift their first La Liga crown since 1945/46. Match Preview Barcelona Barcelona's resounding success at the Bernabeu took their unbeaten La Liga streak to 13 matches (W9, D4), including five wins in a … END_OF_DOCUMENT_TOKEN_TO_BE_REPLACED 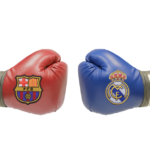 While Real Madrid appear to be running away with the title, the La Liga top-four race is picking up pace going into the final ten rounds of the 2021/22 fixtures. Let's take a look at the ten La Liga matches and the major La Liga news surrounding the games this weekend. Athletic Bilbao vs Getafe  Friday's showdown between European-bidding Athletic Bilbao and bottom-half Getafe at San Mames will serve to get La Liga Matchday 29 underway. Both sides would benefit from winning as Bilbao trail sixth-placed Real Sociedad by seven points while the Madrilean visitors sit only four points clear of the drop zone. But since three of their last five top-flight H2Hs have ended level, including a goalless draw in the reverse fixture, this could be another evenly-contested affair. Deportivo Alaves vs Granada Saturday's La Liga action kicks off with a relegation six-pointer between Deportivo Alaves and Granada at the Estadio Mendizorrotza.  The hosts currently … END_OF_DOCUMENT_TOKEN_TO_BE_REPLACED 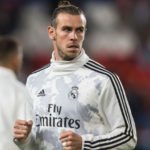 Real Madrid seems to have found a redemption arc after all came tumbling down following Ronaldo’s departure. To see their foes Atlético Madrid winning LaLiga must be a hard blow on the Merengues, but they weren’t exactly exempt of fault in the entire process. Now, with Carlo Ancelotti, the engineer of the Décima, back on the steering wheel, and Benzema leading the team like a true captain – and arguably one of the best strikers and playmakers in the world – Real Madrid might finally have a true chance to sit on the throne once again. The True Foes Simeone seems to find strategies to win even against all odds; he has done it before in quite some remarkable ways, and the fierceness of his teams is one, if not the biggest, of their qualities. Now, let’s underline the “before” because, as it stands, the Colchoneros have the best squad in the League. Nobody is truly an underdog when their attack is composed by Suárez, Griezmann and wonderboy Félix. And if that isn’t enough, Correa can … END_OF_DOCUMENT_TOKEN_TO_BE_REPLACED 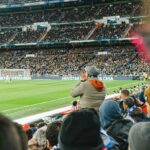 The UEFA Champions League is, without doubt, the most enjoyable and exciting club soccer tournament in the world. Some loyalists and hipsters might claim the Copa America is more entertaining, but nothing can rival the Champions League in terms of the quality of both individual players and the teams that participate in the tournament. Originally known as the European Cup, it was rebranded in 1992. In that time, there have been 13 different winners, with the clubs coming from seven different nations; Italy, Portugal, Netherlands, Germany, France, England and Spain. Yes, there are some teams who have dominated the tournament for a few years, but overall it is an incredibly open competition, with each of the 32 teams who enter it at the beginning of the season hoping they will be the ones to lift the trophy at the end of the campaign. The current holders of the Champions League are Chelsea, who lifted the trophy for the second time in their history in June 2021, defeating Manchester … END_OF_DOCUMENT_TOKEN_TO_BE_REPLACED 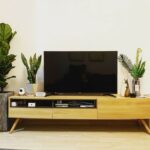 The last 18 months have been tough on us all. The majority of the world has seen people having to spend large portions of time indoors, unable to go outside and spend time with friends or family. It frustrated us all, as getting some fresh air and socialising is a key part of keeping our mental health in check. Instead, our sofas became our new best friends, as with nothing else to do, it forced people to spend more and more time in front of the television. Streaming services such as Netflix and Amazon Prime saw a huge number of people sign up to their services, to watch shows like Tiger King, The Last Dance and Jack Ryan, often bingeing these shows in a matter of days as there was little else to do. Did these shows make up for not being able to go to a restaurant or a bar with your nearest and dearest? No, but they certainly proved to be a useful distraction during a difficult time. The world of sport was hit very hard during the pandemic, as pretty much everything was either … END_OF_DOCUMENT_TOKEN_TO_BE_REPLACED 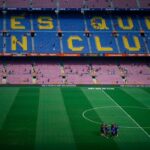 When TV shows lose their main characters, usually things start to fall apart quite quickly, and fans bemoan the fact that the show is no longer as good as it used to be. The US Office is more than just a remake of The Office, made famous by British comics Ricky Gervais and Stephen Merchant in the early 2000s. With Steve Carrell playing the lovable but hopeless branch manager Michael Scott, millions of people tuned in each week to watch the (US) Office, to see what Michael would get up to next. When Carrell left the show in its 7th season, it was notable how quickly the overall quality of the show dropped, with fewer and fewer people watching. It lasted another two years before it finally ended in 2013. There are many other examples where characters either leaving (or being killed off) meant that fans stopped paying such close attention to what was going on. The Walking Dead, The OC, and Two and a Half Men are just a few shows where the overall quality left when the lead actors, who … END_OF_DOCUMENT_TOKEN_TO_BE_REPLACED

For decades, La Liga was blessed with having two of the almighty superpowers of footballing prowess in one league, and at opposite ends of an immensely competitive, rich, and  almost age-old rivalry. Ronaldo’s departure from Los Blancos had football fans wondering whether El Clasico would ever be the same after encounters with the other man vying for the title of best footballer in the world, but now with Messi’s departure from Barcelona, many are questioning whether the old and bitter rivalry will ever be as beautifully contested as it was in what has been a golden age for football.  Whenever Messi or Ronaldo move clubs, football stands still, and then erupts. High calibre players have been common throughout history, but none left as influential of a mark as those etched into history by Cristiano Ronaldo and Lionel Messi. The footballing gods looked kindly on us earthlings when they decided to grant us two of the  best footballers in the history of the sport within … END_OF_DOCUMENT_TOKEN_TO_BE_REPLACED

Real Madrid’s exit from the Champions League was met with understandably dramatic reactions in not just Madrid, but all over Spain. It was perhaps less the defeat itself, and more the manner of it, which led to hyperbolic exaggerations but the match made one thing clear - La Liga’s star is falling. In the past three seasons, only two of the twelve semi-finalists in the UEFA Champions League have been from Spain - Barcelona in 2018/19 and Real Madrid this season. The Spanish league potentially faces a potential existential threat should the best player in the country, and the world, Lionel Messi decide to leave this summer. LIONEL MESSI’S UNCERTAIN FUTURE Last summer’s biggest story was the Argentine’s burofax delivered to then Barcelona president Josep Bartomeu stating his desire to leave the club. Barcelona had a dismal 2019/20 season - losing the La Liga to Real Madrid, crashing out of the Copa Del Rey to Athletic Bilbao, and being humiliated in the Champions League 8-2 by … END_OF_DOCUMENT_TOKEN_TO_BE_REPLACED

Thanks for stopping by! La Liga Blog was founded in 2011 by a Spanish football enthusiast and has gone from strength-to-strength until this very day! Check back regularly for the latest la liga news, views and opinion from our team of experts. With the La Liga season always tightly contested between the likes of Real Madrid, Barcelona and Atletico Madrid, La Liga Blog always endeavours to deliver you the best spanish football coverage on the net.

When was La Liga formed?

La Liga, or the Primera Division as it's also known was founded in 1929. The league is contested by 20 teams with Spanish capital side Real Madrid, generally considered to be its most successful with 33 Championship titles to date.

Who is La Liga's Top Scorer?