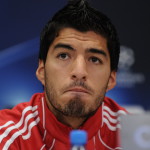 For all his wonderful talent and goal-scoring ability, Luis Suarez creates chaos wherever he is. The Uruguayan striker showed promising signs of returning to redemption during a fantastic goal-scoring with Liverpool who came within a whisker of surprising the odds and winning the Premier League. His thirty-one goal haul was enough for Suarez to not only eclipse every other player in the English top flight, but also win the European Golden Boot ahead of La Liga stars Cristiano Ronaldo and Lionel Messi. The striker let his finishing do the talking, although his temperament and tendency to go … END_OF_DOCUMENT_TOKEN_TO_BE_REPLACED