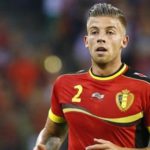 According to the Daily Telegraph, Atletico Madrid are interested in signing Toby Alderweireld. Tottenham signed Toby Alderweireld from Atletico Madrid during the summer of 2015 for a fee believed to be in the region of around £11.5 million and since joining Spurs, the Belgian international has managed to establish himself as one of the best defenders in the Premier League. While it goes without saying that Tottenham value Alderweireld as an indispensible part of the squad, his long term future at the club has been put into doubt in recent times due to the fact that the Premier League … END_OF_DOCUMENT_TOKEN_TO_BE_REPLACED 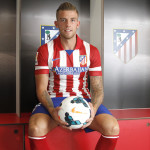 Atletico Madrid defender Toby Alderweireld could be on the move this transfer window with Southampton looking the most likely destination for the Belgian. Alderweireld has been out of favour at Atletico since his arrival last season, making just 12 appearances for the La Liga champions. The deal with Southampton is likely to be only on a temporary basis, but will still be good business by the Saints. Alderweireld played for Belgium at the 2014 World Cup and had been a target for Arsenal earlier in the window. Having lost many of their key players this summer, including Luke Shaw, Calum … END_OF_DOCUMENT_TOKEN_TO_BE_REPLACED