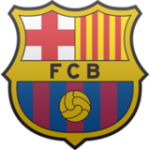 Last season was a tough one for Barcelona and their supporters, with the loss of their La Liga title to deadly rivals Real Madrid and the Champions League one to Chelsea, coupled with the departure of massively successful manager Pep Guardiola at the end of the season. Now the club is starting again with their new manager – Guardiola’s former assistant Tito Vilanova – and the question on the lips of football pundits and die-hard Barca fans alike who line the Nou Camp terraces every week is, can they regain the title they lost last year? … END_OF_DOCUMENT_TOKEN_TO_BE_REPLACED