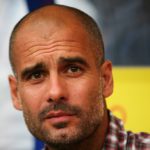 Manchester City manager Pep Guardiola has denied reports that he is planning to bring Sevilla midfielder Steven N’Zonzi to the Etihad Stadium this January. Following a fine start to the season, Manchester City have stuttered a bit in recent times and many believe that manager Pep Guardiola will be looking to strengthen his squad during the current January transfer window in order to get the Citizens’ title challenge back on track. A host of names have unsurprisingly been linked with a move to City over the past few weeks and reports touting Sevilla midfielder Steven N’Zonzi to join the … END_OF_DOCUMENT_TOKEN_TO_BE_REPLACED 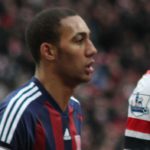 According to reports from Spanish newspaper AS, Premier League rivals Chelsea and Tottenham Hotspur are both interested in securing the services of Sevilla midfielder Steven N’Zonzi. Steven N’Zonzi has managed to establish himself as one of the best defensive midfielders in the world since joining Sevilla from Stoke City at the start of last season and as a result, it has been no surprise whatsoever in seeing the Frenchman being courted by a host of top clubs across Europe. With the January transfer window fast approaching, a number of teams have been linked with a move for N’Zonzi and … END_OF_DOCUMENT_TOKEN_TO_BE_REPLACED

According to reports carried out by Football Italia, Italian champions Juventus are looking to splash the cash to secure the services of Sevilla midfielder Steven N’Zonzi. N’Zonzi made a move from Stoke City to Sevilla during the summer of 2015 and he enjoyed a wonderful debut campaign for the Andalusians, playing a key role in the club’s victorious Europa League campaign. The French midfielder has gone on to continue his fine run of form during the current season as well and his performances have understandably garnered interest from a host of top clubs across Europe. A move back to … END_OF_DOCUMENT_TOKEN_TO_BE_REPLACED