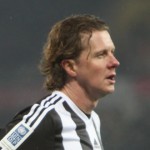 Liverpool legend Steve McManaman has emerged as the shock candidate to be appointed as manager of Spanish side Real Mallorca, according to reports from the Metro. Steve Nash recently bought a stake in Spanish strugglers Real Mallorca and it seems like the NBA legend has interesting plans for the club. According to reports from the Metro, it has been claimed that Nash wants to appoint his personal friend and Liverpool legend Steve McManaman as the manager of Mallorca. Despite having very little managerial experience at the highest level, McManaman has a lot of knowledge of the Spanish game … END_OF_DOCUMENT_TOKEN_TO_BE_REPLACED