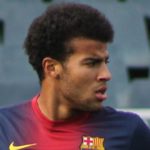 As reported by Football Insider, Liverpool are said to be in pole position to acquire the services of Rafinha from Barcelona. Neymar’s prospective move to PSG means that Barcelona are currently in need of a new attacking player and it has been claimed that the Catalan giants have identified Liverpool star Philippe Coutinho as the ideal replacement for the Brazilian superstar. While Liverpool have maintained that they will not look to sell Coutinho at any price, the Reds could still be involved in a deal with the Catalans over another transfer for Rafinha. Rafinha is said to have … END_OF_DOCUMENT_TOKEN_TO_BE_REPLACED

According to reports from Catalan newspaper Mundo Deportivo, Arsenal and Tottenham Hotspur are both keen on signing Brazilian attacker Rafinha. Arsenal have made an impact in the summer transfer window so far with the signings of Alexandre Lacazette and Sead Kolasinac while their rivals Tottenham Hotspur have been surprisingly very quiet, having not brought in a single player to the club. Nonetheless, the two North London sides are both expected to ramp up their efforts in the coming days and according to reports from Spanish outlet Mundo Deportivo, Arsenal and Tottenham are currently in … END_OF_DOCUMENT_TOKEN_TO_BE_REPLACED