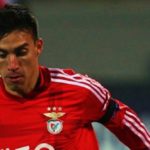 As quoted by Clubcall, Spanish journalist Guillem Balague has gone on to state that Tottenham Hotspur target Nicolas Gaitan will not be leaving Atletico Madrid this month. Following an impressive spell at Benfica, Nico Gaitan earned a big money move to Spanish giants Atletico Madrid over the summer and the Argentine was widely seen as a very good acquisition for Los Rojiblancos. As it has turned out though, Gaitan has struggled to make any sort of impact at the Vicente Calderon and an exit from Atletico had been seen as a real possibility for the ex-Boca Juniors star. Tottenham … END_OF_DOCUMENT_TOKEN_TO_BE_REPLACED