Coming off international successes as World Champions and dual European Champions, many believed Spain would come out of the World Cup qualifiers relatively unscathed. With a relatively mediocre group, consisting of France, Belarus, Georgia and Finland, who would’ve expected their job to be so tough? … END_OF_DOCUMENT_TOKEN_TO_BE_REPLACED 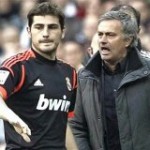 Real Madrid forward Cristiano Ronaldo has pleaded with supporters in the La Liga sports betting news to lay off Jose Mourinho and to get behind the Portugese manager as the team aim for glory in the Copa del Rey and the Champions League. … END_OF_DOCUMENT_TOKEN_TO_BE_REPLACED

Mallorca missed out on a chance to go three points clear of the relegation zone after another lacklustre performance at the Iberostar Stadium. Their winless streak in La Liga stretched to nine games as they drew 1-1 at home to Real Zaragoza in a game which should have seen them emerge victorious. … END_OF_DOCUMENT_TOKEN_TO_BE_REPLACED 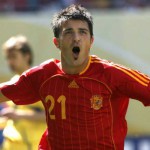 Barcelona forward David Villa has been growing increasingly frustrated at the lack of game time he has been awarded under Tito Vilanova this season, perhaps understandingly so – this is, after all, a man who just two years ago was Spain’s top scorer as they lifted the World Cup for the first time since its inception. … END_OF_DOCUMENT_TOKEN_TO_BE_REPLACED 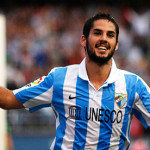 Following the departure of midfield talisman Santi Cazorla from Manuel Pellegrini's Malaga side last summer, Los Boquerones look set to lose yet another important creative asset in the form of highly-rated youngster Isco who looks set to move to Man City in January according to goal.com. … END_OF_DOCUMENT_TOKEN_TO_BE_REPLACED

Many say that there are only 2 teams in a very one-sided La Liga division; Barcelona and Real Madrid. But I implore you to take a good long look at the rest of the teams that occupy Spain's top division. Valencia for example, who won their last league title in 2003/04. Málaga, who are showing what a good club they are and finally Atlético Madrid, the team I will be analysing today. … END_OF_DOCUMENT_TOKEN_TO_BE_REPLACED 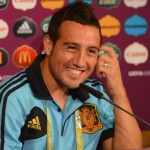 As a Los Boquerones aficionado it really does pain me to say it but Malaga FC are a complete and utter joke right now. After a momentus season in which they exceeded all expectations by securing Champions League football, it seemed like the sky was the limit for the Andalusian football club. With a formiddable roster of stars to boast about including, Martin Demichelis, Santi Cazorla, Joaquin, Jeremy Toulalan and many more, things were going so right for Malaga FC on the pitch yet clearly VERY wrong off of it. … END_OF_DOCUMENT_TOKEN_TO_BE_REPLACED