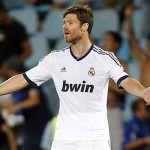 Ahead of the final World Cup match for several Spanish stars, Xabi Alonso says that Spain may have not valued their success as it should have been. Success came in abundance for Spain in the last six years, but the air of invincibility has been taken away from them after just two defeats. The Spanish team would have been experiencing a multitude of emotions in the past few days. Sadness will be inevitable, but that is likely to be accompanied by reminisce as well. Alonso appears to be going through it. He has been speaking a lot about the ‘end of the era’ aspect – especially because he is … END_OF_DOCUMENT_TOKEN_TO_BE_REPLACED 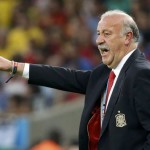 After Spain’s horrific performances in Brazil, changes need to be made and the first one to go should be Spain’s manager Vicente Del Bosque, says Eric Duffy. … END_OF_DOCUMENT_TOKEN_TO_BE_REPLACED 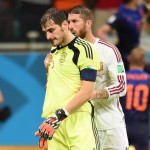 In their first game of this World Cup, Spain were handily defeated by the Netherlands 5-1. Even more worrying than the score line was Spain’s second half capitulation to the Oranje. It was not the performance worthy of a World Cup champion and consequently, the question (or gleeful exclamation) asking if Spain’s 6 year run of excellence is over has been widely discussed. Eric Duffy looks into whether Spain can bounce back this tournament. The truth of the matter is the answer will remain unknown until Spain face Chile in their next match on Wednesday. If Spain comes out, controls the match, … END_OF_DOCUMENT_TOKEN_TO_BE_REPLACED 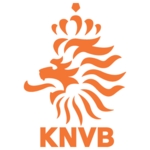 In what will be a repeat of the 2010 World Cup Final, Spain face the Netherlands in their opening Group B game, with the 'Oranje' looking to exact revenge for the 1-0 defeat four years ago. After failure at Euro 2012, will the Dutch be able to hold Spain to a draw over 90 minutes again, or steam through the group like they did in qualifying? … END_OF_DOCUMENT_TOKEN_TO_BE_REPLACED 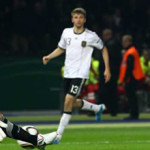 A weekend break for the Premier League meant European qualifiers were back under way this weekend in preparation for the 2012 finals in Poland & Ukraine. England don't appear until Tuesday when they face Montenegro but this Friday still saw the likes of France, Spain, Portugal, Netherlands and Germany all in action. France 2-0 Romania Northern Ireland 0-0 Italy Portugal 3-1 Denmark Germany 3-0 Turkey Spain 3-1 Lithuania Moldova 0-1 Netherlands … END_OF_DOCUMENT_TOKEN_TO_BE_REPLACED