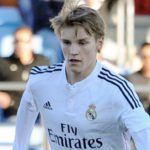 According to reports from HITC, Premier League outfit West Ham United will need to act quickly in order to secure the services of Real Madrid youngster Martin Odegaard. West Ham United are clearly struggling at the moment and following the embarrassing 5-1 defeat at the hands of Arsenal during the weekend, the Hammers look set to be embroiled in a relegation battle this season. In order to avoid such struggles, West Ham will clearly have to strengthen their squad during the January transfer window and bringing in a couple of attacking players will surely be a priority for manager Slaven … END_OF_DOCUMENT_TOKEN_TO_BE_REPLACED 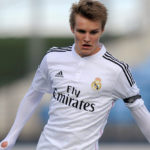 Real Madrid starlet Martin Odegaard could be coming to the Premier League, with West Ham United trying to tie up a loan deal for the wonderkid. According to a report by Spanish newspaper AS, Odegaard's future could be wrapped up in the coming days as Madrid want a move to be completed ahead of their transfer ban beginning. The 17-year-old, who is also a target for Bayer Leverkusen and Hamburg, have appealed against the ban with a ruling expected to be confirmed by the end of the week. If the ban is upheld Real Madrid will be unable to register outgoing or incoming players, meaning … END_OF_DOCUMENT_TOKEN_TO_BE_REPLACED 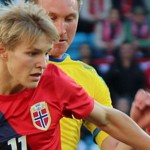 Liverpool are keen on securing the services of Real Madrid wonderkid Martin Odegaard, as suggested by the Metro. Real Madrid splashed the cash in order to secure the services of Norwegian wonderkid Martin Odegaard last January. Since his move to Madrid though, Odegaard has only made one appearance for the Real Madrid first team and it looks like the teenager has a long way to go before becoming a regular at the Santiago Bernabeu. In order to continue his development, it has been touted that Odegaard will be heading out on loan and a host of Spanish sides have been linked with a move for the … END_OF_DOCUMENT_TOKEN_TO_BE_REPLACED