Premier League side Watford have beaten Liverpool to the signing of Spanish international, Mario Suarez, according to reports from Spanish newspaper AS. Liverpool have been looking to bring in a new midfielder during the January transfer window and it was widely expected that the Reds would be making a swoop for Fiorentina outcast Mario Suarez. However, Liverpool have taken a long time to get the deal done and it looks like the Reds are set to miss out on the signing of Suarez as revelation has been made by Spanish newspaper AS that the 28-year old is now on the verge of joining Premier … END_OF_DOCUMENT_TOKEN_TO_BE_REPLACED

Fiorentina are now ready to part with Mario Suarez if Liverpool meet their asking price of £6million, according to reports from the Metro. Suarez has endured a terrible time at Fiorentina since joining the club this summer from Atletico Madrid and it is widely touted that the 28-year old will be leaving Florence during the January transfer window. Premier League giants Liverpool have been widely reported as the most likely destination for Suarez but despite the incessant links, a move has not come into fruition as of yet. As a boost for Liverpool’s hopes of signing Suarez, it has been … END_OF_DOCUMENT_TOKEN_TO_BE_REPLACED

Premier League side Liverpool are readying a bid to sign Spanish international Mario Suarez from Italian side Fiorentina, according to reports from The Metro. Suarez has struggled for regular minutes on the pitch since making a move from Atletico Madrid to Fiorentina during the summer. With Suarez having set his sights on claiming a place in Spain’s 2016 European Championship side, it is widely expected that the midfielder will be leaving Florence in search of regular first team football during the January transfer window and Liverpool had been reported as being interested in the 28-year … END_OF_DOCUMENT_TOKEN_TO_BE_REPLACED

Liverpool have been handed a huge boost in their hopes of signing Mario Suarez after his agent revealed that the midfielder is open to leaving Fiorentina in January. Suarez joined Fiorentina from Atletico Madrid during the summer but the midfielder has been limited to only eight league appearances since his arrival to Florence. With Suarez desperate to earn a place in the Spanish national team for their upcoming European Championships, it is believed that the midfielder is ready to leave Fiorentina during the January transfer window in search of regular first team football. Despite his … END_OF_DOCUMENT_TOKEN_TO_BE_REPLACED 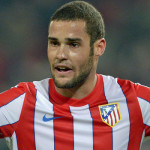 Liverpool and Spurs are set to be disappointed in their quest to sign Atletico Madrid midfielder, Mario Suarez according to reports. … END_OF_DOCUMENT_TOKEN_TO_BE_REPLACED 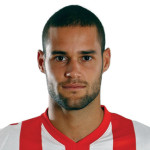 Arsenal are reportedly set to bring Atletico Madrid midfielder Mario Suarez to the Emirates Stadium according to the Daily Mail. Suarez, who played a huge role in Atletico's La Liga title win last season, has fallen out of favour at the Vicente Calderon this season and Arsene Wenger could offer him an escape route. Spanish media have been reporting that Suarez will 'almost certainly leave' Atletico this January as he demands first team football, and with Arsenal's midfield options currently limited due to Mikel Arteta's absence, a move would make sense. Jack Wilshere and Aaron Ramsey are also … END_OF_DOCUMENT_TOKEN_TO_BE_REPLACED

Vicente del Bosque has a tough task in selecting 23 men out of around 50 world class players, choosing a squad based on form, potential, cohesion and experience so that Spain can retain their FIFA World Cup crown. An unsuccessful Confederations Cup campaign has seen change flourish in the Spanish camp with various newbies coming into the squad, but can any of these outside contenders realistically make VDB's final 23? … END_OF_DOCUMENT_TOKEN_TO_BE_REPLACED