La Liga clubs have been splashing the cash in the summer transfer window, but the rumour is despite having already bought in Eden Hazard, Luka Jovic, Eder Militao, Ferland Mendy and Rodrygo (to name but a few) it seems Real Madrid are not done yet. However, only if they can get rid of a couple of thorns in their side one of them being the world’s best-paid golfer: Gareth Bale. It has been clear for quite some time now the Welsh wizard has fallen out of favour with both the fans and manager at the Bernabeu but with whopping wages, it seems everything is at a stalemate. If Real are to … END_OF_DOCUMENT_TOKEN_TO_BE_REPLACED 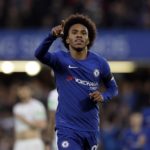 It is common knowledge that Real Madrid have money in the bank after the sale of Cristiano Ronaldo to Juventus a couple of weeks ago and it is common knowledge that Los Blancos have submitted a £100 million bid for Chelsea duo Thibaut Courtois and Willian. However, it has emerged that talks between Real and Chelsea shot-stopper Courtois have come to a standstill even though the Real Hierarchy insist they still want Courtois at the club. That has not stopped the interest in Willian and the rumour mill has gone into overdrive after the Times reported that Willian failed to turn up for … END_OF_DOCUMENT_TOKEN_TO_BE_REPLACED 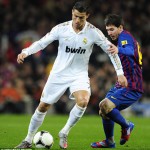 That is the opinion of The Sun’s Antony Kastrinakis, who on Sunday morning broke the story that Sir Alex Ferguson has been trying to convince Ronaldo to return to Old Trafford. … END_OF_DOCUMENT_TOKEN_TO_BE_REPLACED 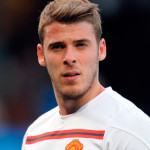 David De Gea's agent Jorge Mendes has been quoted in a Spanish newspapers saying that the goalkeeper's situation could change with Real Madrid keen on him. There has been plenty of speculation that Madrid want to negotiate a swap deal involving Gareth Bale, and Mendes has not denied the prospect of this happening. Speaking to Mundo Deportivo, Mendes said, "I do not know the future, things change every five minutes. We all know that in football nothing is impossible. "David is a Manchester United player and has a contract. You have to respect that." De Gea has one year left to run on his … END_OF_DOCUMENT_TOKEN_TO_BE_REPLACED 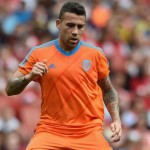 Manchester United and Arsenal are reportedly scouting Valencia defender Nicolas Otamendi, and could start a bidding war to get their hands on the expensive Argentinian. The 26-year-old is highly rated and Valencia have a massive buyout clause in the defender's contract, but that hasn't stopped the two English clubs. Arsenal are after Villarreal's Gabriel Paulista, but have been monitoring Otamendi for some time, as have United. Scouts from Old Trafford were rumoured to have stepped up their pursuit of Otamentdi by attending Valencia's game against Almeria on Saturday, but the defender picked … END_OF_DOCUMENT_TOKEN_TO_BE_REPLACED 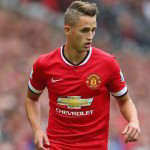 David Moyes could be set to recruit from his former club and save Adnan Januzaj from the Manchester United bench. Januzaj has found playing time difficult to come by under Louis van Gaal, as he prefers to use Juan Mata, Angel Di Maria and even Ashley Young rather than the young Belgian. But Moyes wants the youngster he first bled into the United senior team to join him in Spain with Real Sociedad. The Scot is keen to add to his squad and will surely add to it with Premier League players he knows and trusts. Moyes has had a mixed start to life in the Basque Country, with a 3-0 win over Elche … END_OF_DOCUMENT_TOKEN_TO_BE_REPLACED 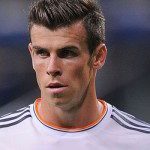 Gareth Bale will not be moving from Real Madrid to Manchester United in January if you believe the views of Spanish football expert Graham Hunter. Bale has been in Spain for little over a year now, and whilst he appears to have settled in the Spanish capital, he has yet to reach the levels of his illustrious team mates. Hunter, a regular pundit for Revista de La Liga on Sky Sports says that these are just stories at the moment and that Bale and his family are settled. “They (Man Utd) have the budget, they tried to sign him, he turned them down when joining Real Madrid," Hunter said on Sky … END_OF_DOCUMENT_TOKEN_TO_BE_REPLACED

According to reports from several British newspapers, Manchester United will make a January swoop for Atletico Madrid's Diego Godin. Louis van Gaal is currently weighing up several potential signings as he looks to strengthen a depleted backline in the upcoming transfer window. Among the other defenders rumoured to be on van Gaal's list are Borussia Dortmund's Mats Hummels, Basel's Fabian Schar, Real Madrid's Raphael Varane and Aleksandar Dragovic from Dynamo Kiev. Uruguayan Godin, who was lucky not to be sent off against England in the World Cup this summer, would be available at £28m, that … END_OF_DOCUMENT_TOKEN_TO_BE_REPLACED 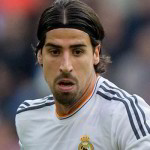 Real Madrid midfielder Sami Khedira is making all sorts of headlines ahead of the January transfer window, with reports linking him with a move away from the Bernabeu. Arsenal, Manchester United and Bayern Munich are all interested in the German, whilst some media outlets are saying the Galacticos want to keep him. Reports on Spanish radio last night exclaimed that Khedira had agreed a pre-contract agreement to join Bayern Munich, dashing the hopes of both Arsenal and Manchester United. The clubs were all willing to meet Khedira's £10m valuation, but Bayern Munich look to have again … END_OF_DOCUMENT_TOKEN_TO_BE_REPLACED 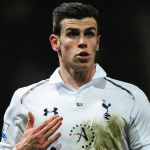 Real Madrid are prepared to sell Gareth Bale to Manchester United for a world record £90m in order to raise funds to sign Chelsea's Eden Hazard. ​​Fichajes reports that the Belgian is a top target for the European champions and has been for several months, but Chelsea's willingness to keep hold of the player will provide a stumbling block. … END_OF_DOCUMENT_TOKEN_TO_BE_REPLACED