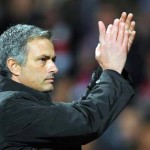 He oozes charisma, he's full of confidence and if the young 'hipsters' have a say, he also has 'swag'. Jose Mourinho is Roman Abramovich's ideal manager. Still to this day he probably regrets giving him the boot and it's fair to say Chelsea have never looked like the same force despite the trophies since the 'Special one' left. Pep Guardiola's is the supposed successor to the 'hardest job in football' after Rafa's done the dirty work but he would have been implemented straight away if he wasn't committed to staying on his break in New York. Despite this, it's hard to imagine if Mourinho comes … END_OF_DOCUMENT_TOKEN_TO_BE_REPLACED