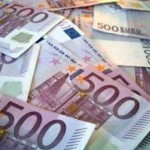 The first thing you usually hear when someone mentions La Liga to you is the response: "oh, well, it's just Barcelona and Real Madrid competing every year for the title". And while those two teams are undoubtedly the best in the planet, most football fans would agree that La Liga is not the deepest league. Serie A and the English Premier league have more teams capable of doing well in Europe and going after world class players. Outside of Malaga and the Big Two, we don't see great players going into other teams. Instead we see players like Juan Mata, David Villa, David Silva, Sergio Aguero and … END_OF_DOCUMENT_TOKEN_TO_BE_REPLACED