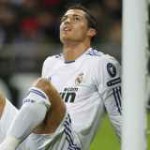 Cristiano Ronaldo refused to celebrate his goal against Granada during the weekend rout in a reaction to jeering from the Madrid crowd who were unhappy with his recent performances. The Portuguese striker has been under fire since his below-par showing in the Clasico and some fans feel that he can be quite selfish at times. Scoring his 21st La Liga goal of the season and Madrid's 5th in the 5-1 victory, Ronaldo simply bowed his head and trudged back to the halfway line almost as though he'd put it in the wrong net, refusing to acknowledge his team mates whatsoever. Madrid based sports paper, … END_OF_DOCUMENT_TOKEN_TO_BE_REPLACED 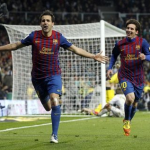 ‘Underdogs’ Barcelona once again proved that Jose Mourinho has plenty more to do before he can finally overthrow the La Liga monarchy as his Real Madrid crumbled to a 3-1 defeat. Karim Benzema may have scored the quickest El Clasico goal after just 23 seconds but Barҫa scored 3 more to give Pep Guardiola and the Catalans the bragging rights once again through Alexis Sanchez, a deflected Xavi strike and a Cesc Fabregas header; yet the result could have been quite different had Cristiano Ronaldo not missed two glorious opportunities for Real, the very reason Mourinho used as his excuse for … END_OF_DOCUMENT_TOKEN_TO_BE_REPLACED 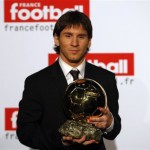 The nominees for this year's prestigious Ballon d'or award was announced on Tuesday and the shortlist rather unsurprisingly was full of La Liga players including eight from Barcelona and five from Real Madrid. … END_OF_DOCUMENT_TOKEN_TO_BE_REPLACED 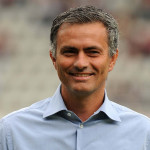 Jose Mourinho – the self-proclaimed ‘special one’ has enjoyed an impeccable managerial career over the years. After winning silverware at Porto, Inter Milan and Chelsea as well as holding the formidable record of never suffering a home defeat in over 150 fixtures for any club managed – failure is not something the 48 year-old will be accustomed to. … END_OF_DOCUMENT_TOKEN_TO_BE_REPLACED