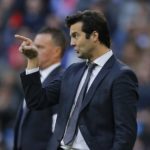 It has been a rough ride for Real Madrid since their summer of discontent. First Zinedine Zidane leaves after a trophy-laden spell, then star man Cristiano Ronaldo heads to Turin giants Juventus and then new boss Julen Lopetugui has a complete nightmare and gets himself sacked after just four months in the hot seat and an embarrassing 5-1 El Clasico hammering. With speculation rife as to who may take over the coveted Real managers seat with Antonio Conte and Mauricio Pochettino heavily linked with the vacant seat, Los Blancos have promoted internally taking a leaf out of rivals … END_OF_DOCUMENT_TOKEN_TO_BE_REPLACED 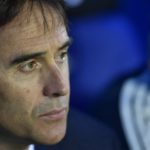 On Monday, Real Madrid confirmed what we all knew was happening. Head coach Julen Lopetegui was given the boot with the 5-1 thumping by Barcelona the straw that broke the camel’s back. It does not matter who are, there is no coming back from that but when you throw in five defeats in seven, then the situation becomes critical and even if Lopetegui had managed to mastermind a result over the old enemy there was a sense that nothing could save him. It has been quite the fall from grace for the man who went nearly two years unbeaten as Spain manager before his association with Real … END_OF_DOCUMENT_TOKEN_TO_BE_REPLACED 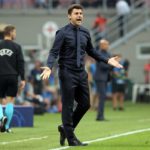 It almost feels a little criminal writing this as Julen Lopetegui still occupies the Real Madrid hot seat. However, by Real’s lofty standards, the current predicament is quite frankly an embarrassment and despite only accepting the Los Blancos job prior to the World Cup, there is a sense that the former Spain head coach will be departing the club sooner rather than later. Ahead of the iconic El Clasico, Real Madrid sit seventh in the table with just four wins from their opening nine games. Remarkably, this puts Lopetegui’s side behind the likes of Espanyol, Alaves and even Real … END_OF_DOCUMENT_TOKEN_TO_BE_REPLACED