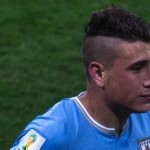 Chelsea are plotting a move for Atletico Madrid youngster Jose Gimenez as the long term successor to John Terry at Stamford Bridge, according to reports from the London Evening Standard. While John Terry remains an integral part of the Chelsea backline, the Blues will have to start thinking about bringing in his long term successor to Stamford Bridge soon as the 35-year old is entering the twilight of his career. It is no secret that Chelsea are keen admirers of Everton star John Stones but with the Toffees adamant that they are not looking to sell the defender anytime soon, the Premier … END_OF_DOCUMENT_TOKEN_TO_BE_REPLACED