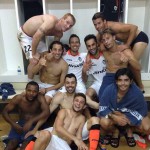 Last Thursday Miroslav Djukic looked to be one poor result away from the sack after a dismal loss to Swansea in the Europa League. 7 days later and a newly unified squad, albeit with the exception of Adil Rami, have put an end to their hopeless league form with two wins that have transformed their entire outlook. A last minute winner against Granada, greeted with euphoric celebrations from the players and coaching staff, would have seemed impossible to imagine just last week. Jonas' strike ensured another three points and maintained their position in 7th place … END_OF_DOCUMENT_TOKEN_TO_BE_REPLACED 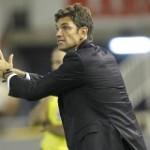 Since Unai Emery's messy resignation last season, Mauricio Pellegrino has had trouble in succeeding the unpopular manager at Valencia. Having led the team to a hat-trick of Champions League qualifications in La Liga, Emery's time at Los Che came to a sad ending and was ultimately forced out amid constant financial constraints and a perceived lack of improvement. Despite a Europa League semi-final last year, it was deemed that another coach would have to continue from where Emery left off. Of Argentine nationality, Pellegrino hails from the same country as Athletic Bilbao coach Marcelo Bielsa, … END_OF_DOCUMENT_TOKEN_TO_BE_REPLACED