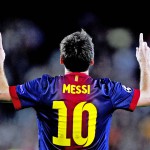 It all started last year, on 27th April, that fateful day no Barca fan will ever forget. It had been a horrible 2 weeks for the Catalan giants, first losing in El Clasico to arch rivals Real Madrid, who eventually went on to win La Liga, and then their shock elimination from the Champions League at the hands of Chelsea. Despite their attacking qualities, it was not enough to break down a much criticised display of resilient defending from their opponents. Barca only had themselves to blame. The tie should’ve been over after the 1st leg. Disappointment followed. Their League and Champions … END_OF_DOCUMENT_TOKEN_TO_BE_REPLACED