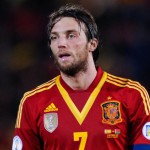 Rafael Benitez could be about to lure Swansea City striker Michu away from South Wales to Napoli on a season-long loan deal. The striker suffered an ankle injury which disrupted much of last season, and has not travelled with the squad for their pre-season tour of the United States. Swansea were reliant on goals from Ivorian striker Wilfried Bony in Michu's absence, and have since further strengthened their attacking line-up by bringing in Marvin Emnes and Bafetimbi Gomis. It now appears as though former Liverpool manager Benitez will offer Michu an escape by bringing him to Italy for a … END_OF_DOCUMENT_TOKEN_TO_BE_REPLACED 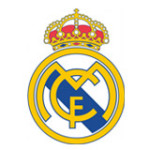 Before we begin lets make one thing clear. Whether or not Real Madrid retain the title depends greatly on how well Barcelona will perform. It is as simple as that. Barcelona can only take back their La Liga crown based on how well Madrid play. The bafflingly simple logic of the situation mocks the overwhelming importance of the La Liga title yet it proves stunningly elementary. However strong the challenge is from one, the other must match and surpass it. … END_OF_DOCUMENT_TOKEN_TO_BE_REPLACED 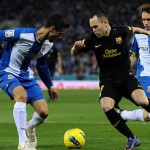 A 1-1 draw meant Barcelona surrendered yet another valuable two points at the hands of their local rivals Espanyol on Monday night making it already their fifth draw of the domestic season with four of them being away from home. The gap between Barcelona and Real Madrid at the top of the table has now stretched to a worrying five points for Pepe Guardiola's men and with games coming thick and fast and time seemingly running out for the Catalonians, we ask the much debated question; exactly why have Barcelona struggled to break teams down on the road this season? … END_OF_DOCUMENT_TOKEN_TO_BE_REPLACED