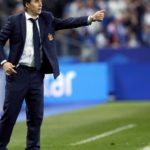 You can almost count the hours on your fingers and toes before arch-rivals Spain and Portugal commence the war of Iberia in Russia in a game that is likely to decide who will top World Cup group B. With Iran and Morocco, the other two sides contesting the group, all and sundry firmly expect both the Portuguese and Spaniards to make it through to the knockout stages with the only thing to be decided is in which order. According to numerous sportsbooks such as https://www.apuestasdeportivas24.org/ Spain were entering the World Cup in a strong position. That was until Spain shook the … END_OF_DOCUMENT_TOKEN_TO_BE_REPLACED