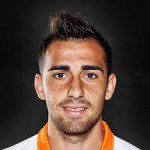 Despite a disastrous World Cup, Spain played their first competitive game since failing miserably in Brazil by defending their European Championships crown. Vicente del Bosque fielded a side vastly different from the World Cup as retirements and injuries kept those who had represented Spain during their golden era out. There was a modicum of pressure on some of the players ahead of the home qualifier against Macedonia, especially as Spain had lost to France in a friendly beforehand, but the side stood up to the test in a half-empty Ciutat de Valencia stadium to win 5-1. Of those new players, … END_OF_DOCUMENT_TOKEN_TO_BE_REPLACED