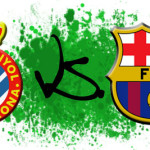 Barcelona have had a tremendous start to their La Liga campaign this year. Having lost just once, they top the La Liga table by 5 points and have enjoyed a fantastic victory over Castilian enemies Real Madrid along the way. Though no matter how impressive they have been this year,  few still would have expected them to overcome fierce local rivals Espanyol the way they did on Saturday evening in an emphatic 5-1 away victory. Despite goals from Xavi, Pedro and David Villa it was Lionel Messi who once again stole the show as he ripped through the Espanyol defence with devestating effect. … END_OF_DOCUMENT_TOKEN_TO_BE_REPLACED