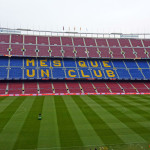 The La Liga opening weekend is upon us and ‘los cules’ open up their season at the Camp Nou against Elche CF.  A fresh face on the sidelines in Luis Enrique, he will be hoping to start off with three points and keep ground on the always tight La Liga race for the title.  FC Barcelona will look to forget a trophyless season, while Elche will look to improve on last season’s finish as they just avoided relegation. … END_OF_DOCUMENT_TOKEN_TO_BE_REPLACED

Continuing the round-up of players to watch this season, we now feature a couple of players looking to impress whilst on loan, and three clubs having come up from the Segunda.  Cordoba An astonishing piece of business was done to bring Valencia starlet Fede Cartabia to the newly promoted club during the close season. The 21-year-old Argentine was tipped to have a better season for Los Che in 2014/15 after fans expected more from the youngster in his debut campaign. However, the bewildering decision to let the youngster continue his development in a team widely tipped to struggle this season … END_OF_DOCUMENT_TOKEN_TO_BE_REPLACED 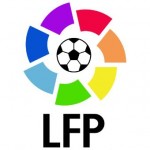 Another racism row flared up during the Seville derby on Sunday evening as 'supporters' (a loosely used term) of Betis turned on their own player, Paulao, apparently racially abusing the Brazilian centre-back. It is not the first time racism has been seen in Spanish football and it has been happening without sufficient punishment for too long. The incident at Betis needs to be Spain's watershed moment and the country should rally and appreciate that the issue of racism in football has to be addressed. … END_OF_DOCUMENT_TOKEN_TO_BE_REPLACED 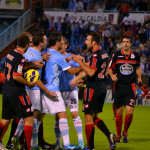 Over the past few seasons the relegation battle between some of Spain's less fashionable clubs (and some esteemed teams too e.g. Villarreal, Racing & Deportivo) has been of greater interest than the fight for the title and this season the scenario is no different. No teams have yet been relegated from the Primera Division, with four sides in with a remarkable chance of staying up or going down with just one game to play. Just two points separate 20th and 17th place as three out of Deportivo, Celta, Zaragoza and Mallorca will ultimately have to endure at least one season of Segunda Division … END_OF_DOCUMENT_TOKEN_TO_BE_REPLACED