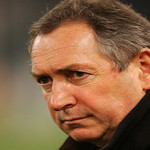 Gerard Houllier is hoping to banish memories of what he has called 'the worst moment' in his career with an FA Cup victory over Manchester City this evening. Villa and City have met twice already this season and when the sides clashed at Eastlands in December Gerard Houllier's men were thumped 4-0 in a game the Frenchman has described as an all time career low. USA international Michael Bradley looks set to make his first start for the club whilst midfielder Barry Bannan has also been rewarded with a place next to him in central midfield after his exceptional performance in a Villa shirt in … END_OF_DOCUMENT_TOKEN_TO_BE_REPLACED 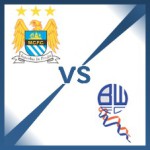 The in-form Carlos Tevez was the difference today as his early goal gave Manchester City a narrow 1-0 victory over Bolton Wanderers at Eastlands. Manchester City controlled play through-out bombarding Jussi Jaaskelainen's goal with chances but in the end one goal was enough to win it. Final score - Man City 1-0 Bolton Wanderers. See the highlights here! … END_OF_DOCUMENT_TOKEN_TO_BE_REPLACED