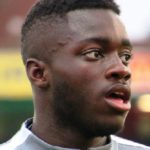 According to reports from Spanish outlet Sport, Red Bull Salzburg defender Dayot Upamecano has rejected an offer from Arsenal and is waiting for a call from Barcelona. Dayot Upamecano has burst into the scene at Austrian side Red Bull Salzburg during the current campaign and the 18-year-old’s fine performances have understandably garnered attention from some of the very best clubs in the world. It seems just a matter of time before Upamecano leaves Red Bull Salzburg for greener pastures and now according to reports from Spanish outlet Sport, giants Barcelona stand a very good chance of … END_OF_DOCUMENT_TOKEN_TO_BE_REPLACED