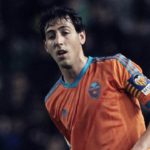 According to reports from the Daily Star, Southampton are preparing a big money move for Valencia attacker Dani Parejo. Southampton have made a decent start to the current Premier League campaign under new manager Claude Puel and the Saints certainly look like they stand a chance of earning a place in Europe this season. That said, Southampton perhaps will need to strengthen their squad during the upcoming January transfer window in order to boost their aspirations and a number of players have been linked with the South Coast based outfit in recent times. Now according to reports from … END_OF_DOCUMENT_TOKEN_TO_BE_REPLACED