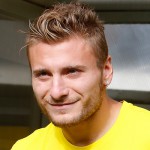 Premier League side Tottenham Hotspur are considering a bargain move for Sevilla striker Ciro Immobile, as suggested by Bwin. While Tottenham Hotspur have most certainly proved to many that they are genuine contenders to claim the Premier League title this season, one suspects that Spurs will have to strengthen their attacking lineup in order to be able to stave off the challenge from the likes of Manchester City and Arsenal. Therefore, it is widely expected that Tottenham will be looking to sign a new striker during the January transfer window to provide support to star man Harry Kane and … END_OF_DOCUMENT_TOKEN_TO_BE_REPLACED