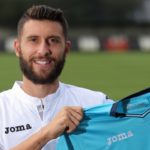 According to reports from the Daily Mail, Sevilla are interested in signing Swansea City striker Borja Baston during the January transfer window. Following his brilliant campaign with Eibar last season, Borja Baston was signed by Swansea City for a club record breaking £15.5 million deal this summer. Given the huge investment, Swansea would surely have expected big things from Baston but things have not quite turned out the way they wanted. Baston has managed only 1 goal for Swansea so far during the current campaign and there have been widespread reports that the 24-year-old could … END_OF_DOCUMENT_TOKEN_TO_BE_REPLACED 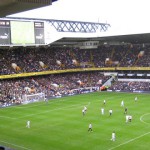 https://www.youtube.com/watch?v=jr9baUztQFs Tottenham Hotspur are eyeing a move for imposing Eibar star Borja Baston during the January transfer window, according to reports from Kick Off. While manager Mauricio Pochettino has publicly played down Tottenham Hotspur’s requirement to sign a new striker during the January transfer window, it is widely believed that the Argentinean will be going all out to bring in reinforcement to support Harry Kane. A plethora of names have already been linked with a move to Tottenham over the past few weeks and now in fresh rumors, it has been claimed by the … END_OF_DOCUMENT_TOKEN_TO_BE_REPLACED