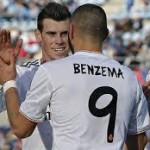 Almeria goalkeeper Julian was huge for the relegation strugglers over the last round of games, and is the first name on the list in La liga Blog’s Team of the Round. … END_OF_DOCUMENT_TOKEN_TO_BE_REPLACED 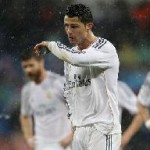 It’s all close at the top in Spain now with just two points separating first place Real Madrid, and fifth place Sevilla. There were a few telling results, and some of the players who covered themselves in glory are included in our Team of the Round for Week 10. … END_OF_DOCUMENT_TOKEN_TO_BE_REPLACED

Valencia were arguably the biggest winners of the round as they held on bravely for all three points in Saturday’s big La liga game against the champions, Atletico Madrid at Mestalla. Goalkeeper Diego Alves was surely responsible for keeping Los Che in contention for maximum points. The Brazilian time and again rose to the occasion to make crucial saves, including a penalty just before half-time that stopped Atleti from going into the break trailing by just a single goal (they were trailing by 3 goals after 13 minutes). … END_OF_DOCUMENT_TOKEN_TO_BE_REPLACED 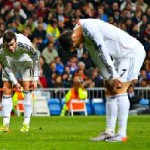 This year’s Spanish Super cup is going to be a real treat for all fans of the beautiful game. The two teams facing off are none other than last season’s Champions League finalists, Real Madrid and Atletico Madrid. It’s the Spanish champions against the European champions, el derbi Madrileño. The cup ties will take place on the 19th of August for the first leg and the 22nd of August for the return leg. … END_OF_DOCUMENT_TOKEN_TO_BE_REPLACED 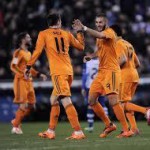 Real Madrid grabbed a one goal advantage over Espanyol last night, in the first leg of their Copa Del Rey quarter final. Madrid had smashed five past Real Betis at the weekend, a result that saw Juan Carlos Garrido lose his job, but they were made to work much harder by an improving Espanyol side Carlo Ancelotti's side also ran out one nil victors at the Cornella-El Prat in La Liga just nine days ago, but the fact of the matter is that Madrid have now won six games in a row and could yet win the domestic double this season. Cristiano Ronaldo went closest for Madrid in the earlier stages, a … END_OF_DOCUMENT_TOKEN_TO_BE_REPLACED 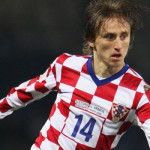 The international break has shown its face for the last time until March (thank goodness!) with plenty of celebration for the La Liga contingent in the World Cup qualifiers. Victory was around in abundance, none more so than in the Portugal camp where Cristiano Ronaldo was once again the shining light, after his late goal in Lisbon he grabbed a hat-trick in the second leg in Stockholm sending Portugal to the World Cup finals in Brazil. Pepe and Ronaldo’s Real team-mate Fabio Coentrao also played a part in the thrilling match which finished 3 – 2, seeing Portugal victorious by a 4 – 2 … END_OF_DOCUMENT_TOKEN_TO_BE_REPLACED