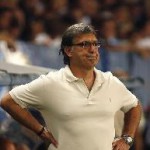 Barcelona are still reeling from the news that they have been handed a 14 month transfer embargo by FIFA. They have announced an appeal, but could this be turning into an annus mirabilis for Tata Martino's team, and if so how will they cope with it? Barcelona were always seen as being above the temptations that other teams succumbed to. They didn't chase sponsorship, instead supporting Unicef on the front of their shirts. They weren't interested in corporate Euros. The club was run by fans, and was famous for their spirit of fair play. They were, to coin their immortal phrase, more than a … END_OF_DOCUMENT_TOKEN_TO_BE_REPLACED