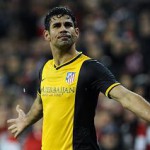 Atletico Madrid won a close encounter with Athletic Bilbao 2-1 to progress into the Copa Del Rey semi-finals. There was little to separate the teams on paper. Atletico are still joint-top of La Liga, but it is Athletic who have been in the better form. Atletico held a 1-0 win from last week's first leg but as Athletic had never been beaten at their new Sam Mames arena, it was the Bilbao team who were favourites in many people's eyes. Athletic started the match full of confidence. Atletico's on loan keeper Thibault Courtois keeping them in the game against a tide of aggression. Diego Simeone … END_OF_DOCUMENT_TOKEN_TO_BE_REPLACED