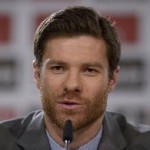 Real Madrid midfielder Xabi Alonso has denied reports that Chelsea had approached him about a move to west London. The Madrid string-puller's contract was into its final six months, but he has ended speculation by signing a new contract that will keep the 32 year old at the Bernabeu for at least another two years. Alonso signed from Liverpool in 2009 for a fee of £30m and has since become a regular in a central midfied position, despite stiff competition. He has made 140 appearances for Los Blancos, scoring four goals in the process. His true value, however, lies in his ability to break up … END_OF_DOCUMENT_TOKEN_TO_BE_REPLACED