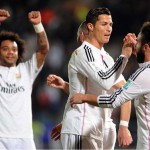 Tomorrow, the reigning European champions travel to Mestalla for their 16th La Liga match of the season. Needless to say, Real will start 2015 with a very tough set of fixtures as they face Atletico at the Calderon in the Copa del Rey 3 days after the Valencia match and then host Espanyol before the return leg vs Atletico. This match will be particularly hard as Real face a Valencia that is in-form with only 3 losses from their 16 Liga matches this season. A win for Valencia will also bring them 1 point from 3rd placed Atletico so the motivation will be definitely there. Finally, Valencia will … END_OF_DOCUMENT_TOKEN_TO_BE_REPLACED 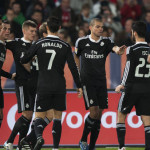 When Real Madrid lost back-to-back matches in La Liga (vs Sociedad and Atletico) shortly after losing the Supercopa 2-1 on aggregate (to Atletico) and narrowly beating recently-promoted Cordoba 2-0 in La Liga's first match, many predicted that this season might turn into  catastrophic one for Ancelotti's men. However, what happened next was something not even the most optimistic Madridista could've imagined. Real embarked on a record-breaking winning streak that is still ongoing with 22 wins under the belt. Real Madrid have broken the Spanish record for most conseuctive wins, most wins in a … END_OF_DOCUMENT_TOKEN_TO_BE_REPLACED 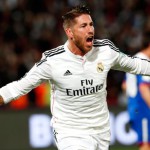 Real Madrid won 2014′s FIFA Club World Cup tournament with a tougher-than-expected 2-0 defeat of San Lorenzo. The Argentinian team played a very rough and physical game through out with the intention of stalling the game and stopping Real’s flow. A goal they achieved as the first 30 minutes rarely saw long stretches of time without a foul. After the 30th minute mark however Real stepped up the pressure and intensity to score their first goal thanks to the ‘Decima’ man Sergio Ramos. Ramos has now scored in the Champions League final and the Club World Cup final. His goal forced the … END_OF_DOCUMENT_TOKEN_TO_BE_REPLACED 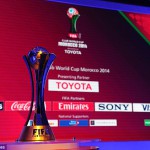 2 days from now, the reigning European champions go one-on-one with the reigning Copa Libertadores champions, Real Madrid face San Lorenzo in the 2014 FIFA Club World Cup final. A final between 2 teams that won their confederation’s highest honor (Champions League and Copa Libertadores) might seem like a fair and even match-up, however when you look at form, squad, circumstances, and resources, you know that Ancelotti’s men are the overwhelming favourites. In terms of form, no team in the world at the moment has better form than Real Madrid, who have won an incredible 21 out of their last 21 … END_OF_DOCUMENT_TOKEN_TO_BE_REPLACED

Last night Real Madrid reached the final of this year's FIFA Club World Cup with an easy convincing 4-0 thrashing of Cruz Azul. Ancelotti stated before the match that his side would take this match seriously even though the difference in quality and resources between the 2 sides is of course overwhelming. Ancelotti backed this up by fielding his strongest possible line-up, even though most sources indicated he might rest the likes of Ramos, Casillas, Carvajal, and most importantly Toni Kroos. The first half was weirdly a half of 3 thirds, with Real dominating the first 15 minutes and opening … END_OF_DOCUMENT_TOKEN_TO_BE_REPLACED 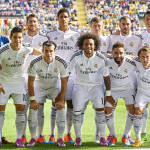 2 days from now the reigning European champions Real Madrid will go one-on-one with the 2013/14 CONCACAF Champions League winners Cruz Azul in the semi-final of this year's FIFA Club World Cup. The similarities end there as Real Madrid and Cruz Azul are vastly different at the moment where one currently sits atop the La Liga table with a guarantee that they will end the year at the top even with a game in hand, while the other team sits 13th in their league with only 10 points separating them from the very bottom spot. Real Madrid will be riding high after achieving their 20th consecutive … END_OF_DOCUMENT_TOKEN_TO_BE_REPLACED 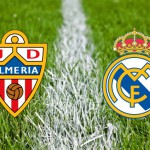 The last 'pit stop' before the Club World Cup in Morocco, Real Madrid played Almeria away from home in a match that was supposed to be easy but was made slightly difficult by a motivated Almeria side. Real Madrid's 1st half performance in particular was below par as they struggled with creating chances and narrowly ended the half with a 1-goal advantage. While the second half saw a complete 180 degrees change as Ancelotti's men played much better football and created loads of chances while only lacking in finishing abilities. The change might be attributed to Cristiano Ronaldo's change in … END_OF_DOCUMENT_TOKEN_TO_BE_REPLACED 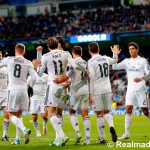 In a match that saw not one, not two, not three, but four different records at stake, you knew that Real Madrid would actually play for something, yet that still didn't change the fact that with mostly fringe players and never leaving 3rd gear, the reigning European champions easily dismantled the Bulgarian champions. The first record on the line was of course the most consecutive wins by a Spanish club which until last night, Real Madrid shared with Barcelona. But with their 19th consecutive win in all competitions, Real Madrid are now officially the club with the most consecutive wins in the … END_OF_DOCUMENT_TOKEN_TO_BE_REPLACED 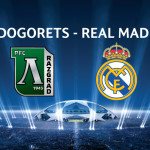 The Santiago Bernabeu will play host to the final group stage match for Real Madrid in the Champions League this season vs Ludogorets, a match that might see the reigning European champions set not 1, but 2 records with a win vs the team at the bottom of Group B. The first record is becoming the Spanish club with the most consecutive wins in all competitions in history, a record they currently share with Barcelona as both clubs have 18 straight wins. Beating Ludogorets would push Real Madrid towards their 19th consecutive win and make them outright holders of the coveted record. The second … END_OF_DOCUMENT_TOKEN_TO_BE_REPLACED 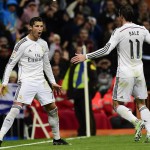 With 18 wins in all competitions, Real Madrid have now equaled Barcelona as the Spanish club with the most consecutive wins in all competitions in history, and with a home match vs Ludogorets in a few days, you have to believe that Ancelotti's men will break the record. In fact, Carlo Ancelotti might have his eyes set on Coritiba's all-time record which is the longest stretch of wins in the history of football in all competitions (recorded history at least). Coritiba's streak went to 24 matches, 6 more than Real Madrid's current streak. To equal it, Real Madrid have to win all their remaining … END_OF_DOCUMENT_TOKEN_TO_BE_REPLACED