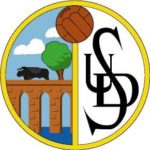 With thanks to Jose Miguel Morales; without his help, this article wouldn’t have been possible. ‘Build it and they will come’ is the refrain that shakes ghosts out of the cornfields in Kevin Costner’s hit movie Field of Dreams; it’s a sentiment that betrays the often-static nature of America’s pastime. Football, on the other hand, has always been fast and frenetic, from the days when the sport offended Victorian virtues to now, where players have been scarcely fitter, the sport more refined. Football, then, has moved outward. Thomas Donohoe brought the beautiful game to Brazil; James … END_OF_DOCUMENT_TOKEN_TO_BE_REPLACED 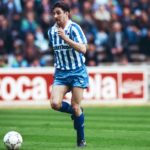 Liam Brady, Ian Harte, and Kevin Doyle share a bond of nationality and trade: they are all Irish and they were all professional footballers who played ‘abroad’, which is to say in continental Europe or North America; though in my estimation, and contrary to popular consensus, the Premier League is abroad too, a foreign league. Then there is the case of John Aldridge. Yes, he shares the characteristics of the players above, but he went one better - he was the first foreign player to turn out for Basque side Real Sociedad in some decades. The significance of this moment far outstrips that … END_OF_DOCUMENT_TOKEN_TO_BE_REPLACED 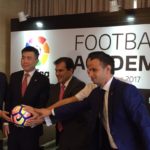 Ponerse el overol is a common expression in the footballing lexicon of the Spanish language. To illustrate its meaning, the Bleacher Report pointed to Carles Puyol, a man who went above and beyond for his team, a player that felt and bled the blaugrana colours. In essence, it refers to one who does more than is expected. Above that singular player lies the club, and above the club stands the league. In this instance, LaLiga is the organization whose principal responsibility is to give order and organize the league and cup matches. But it’s also extending its limbs into an ever expanding … END_OF_DOCUMENT_TOKEN_TO_BE_REPLACED