Eighty minutes in and it looked like PSG were going to come away from the Santiago Bernabéu Stadium with the perfect score draw and thus putting the balance power in the hands of Paris.

However, Ronaldo and Marcelo had other ideas and late strikes by the pair gives the defending European title holders a heavy advantage as they head to the Parc des Princes for a critical last sixteen-second leg tie.

But do not think for a second that it is game over.

If Real have proved anything this season, it is that they have the capability to implode as witnessed once again at the weekend when they lost 1-0 to Espanyol.

That was the second surprise defeat in just three games after losing to Leganes just over a week ago for Zinedine Zidane’s men and one that puts seemingly insurmountable pressure on the former world cup winner.

This worrying league form for Madrid has somewhat heightened the importance of the PSG vs Real Madrid betting odds as now the French champions believe they have what it takes to come from behind and dump the 12-time champions out of the tournament.

They have the firepower to do it. Despite constant rumours of unrest, Neymar Jr continues to be a revelation for the Paris giants and has found the back of the net 20 times in the league and 27 times in all competitions.

However impressive that may be, Edison Cavani’s record is even better. The 31-year-old Uruguayan has fired in 24 goals in Ligue 1 this season with 31 strikes in all competitions.

That is a pretty heavyweight forward line backed up by Kylian Mbappe with ten league goals.

Perhaps Zidane was having sleepless nights thinking about how best to prevent PSG from scoring a hatful of goals against his side when he should have been thinking about how to stop Espanyol’s Gerard Moreno from blasting in a 93rd-minute winner? 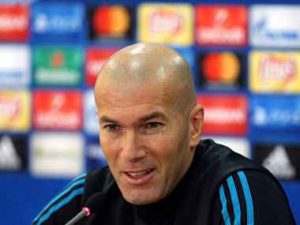 That said, Madrid have options themselves and Zinedine Zidane has his go-to man for the big occasion in Cristiano Ronaldo.

The Portuguese forward may have turned 33 now, and has been accused of going missing at times this season, but there is still no one better to get you over the line when you need it the most.

With 101 Champions League goals for Los Blancos and 116 in total, there are few better men to have on your side than the preened superstar.

For Madrid, it is simple, score and the job will almost be done. The only fear is that if Real Madrid are capable of winning 3-1 at home, then so are PSG and Zidane knows that anything other than progression will see him receive his P45.

The job is far from done and if PSG score early, then we could be in for a firecracker of an evening with the eventual winner sure to become the outright tournament favourites.