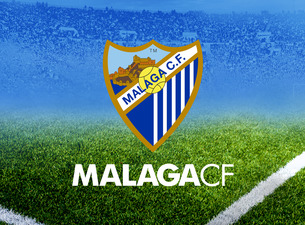 It was not that long ago that Malaga were supposed to be the next super club set to take over European football with a wealth of investment and promise of future glories.

In 2010, then club president Fernando Sanz took to Qatar to seek investment in a club that had spent its entire existence yo-yoing between divisions.

Determined to establish Malaga as a force in Spanish football, Sanz struck a deal with sheikh Abdullah ben Nasser Al Thani in which Al Thani ended up taking over the club and being appoint club president a month after the take-over was completed.

Suddenly talk of Malaga rising to the top was rife and a deal with Nike was struck almost immediately.

Players flooded in as well, with Ruud Van Nistelrooy and Santi Carzorla two of the big-name stars signing on the dotted line ahead of the 2011/12 season.

However, things never quite materialised for Malaga and just a season later, the side who play at the atmospheric La Rosaleda were banned by UEFA for financial difficulties and excluded from the Europa League for a season.

Now in 2018, and after ten straight seasons of La Liga action, Malaga’s decline appears to be about to catch them out as they sit bottom of the Spain’s top flight with many betting and casino pundits such as https://topcasinosites.co.uk/ fancying the side to go down.

That is because new coach José González’s side have just suffered four straight defeats in the league and are seven points from safety despite boasting a game in hand.

However, if Malaga are to succeed in maintaining top flight status there is one glaring issue that simply has to be addressed by the new manager, and that is a glaring inability to find the back of the net.

Remarkably, in nineteen league games this season, Malaga have made the net bulge a poultry thirteen times which works out at an average of just 0.68 goals per game, and that essentially cost former coach Míchel his job.

When you consider the clubs top scorers this season are Gonzalo Castro and Diego Rolan who both have three goals apiece with a strike every 331 minutes and 274 minutes respectively, it is quite clear that something needs to change up front for González otherwise the likely relegation will become a certainty before the beginning of February.

Malaga are being heavily linked with Genoa winger Ricardo Centurion who would provide some much-needed flexibility and attacking prowess which is seriously lacking and could be a good start, but more reinforcements are needed of they are to move up in the table in the second half of the season.

There is however one small ray of hope, the Anchovies defence is far better than the two sides above them having conceded just 33 goals compared to Deportivo’s 44 and Las Palmas 47.

In fact, Malaga defensive line is even better than that of relative high-flyers Real Betis and fellow strugglers Real Sociedad.

After ten years in La Liga, one hopes that Malaga can pull something out of the hat this season and stay up, it may be unlikely but stranger things have happened in football and despite being up against it, the Anchovies are not out of it just yet.