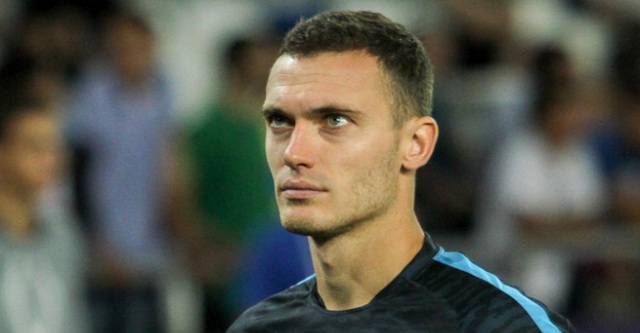 According to reports from the Daily Mirror, Everton have expressed a desire to acquire the services of Thomas Vermaelen from Barcelona.

Everton have made a huge splash in the transfer market so far this summer by acquiring the services of players such as Wayne Rooney, Jordan Pickford, Davy Klaassen, Michael Keane and Sandro Ramirez among others.

Despite the huge splash in cash, Everton are still keen on further improving their squad during the next few weeks and signing a new defender as potential replacement for the ageing duo of Ashley Williams and Phil Jagielka as well as the injured Ramiro Funes Mori will be high on the agenda for the Toffees.

Now in shock reports from the Daily Mirror, claims have been made that Everton are currently plotting a move to sign Barcelona defender Thomas Vermaelen.

Vermaelen has struggled with injuries since joining Barcelona back in 2014 and it is now expected that the Belgian international will be leaving the Camp Nou this summer, most probably on a free transfer.

A move back to England with West Bromwich Albion had been viewed as a possibility for Vermaelen and now it has been claimed that the ex-Arsenal man is also being pursued by Everton.