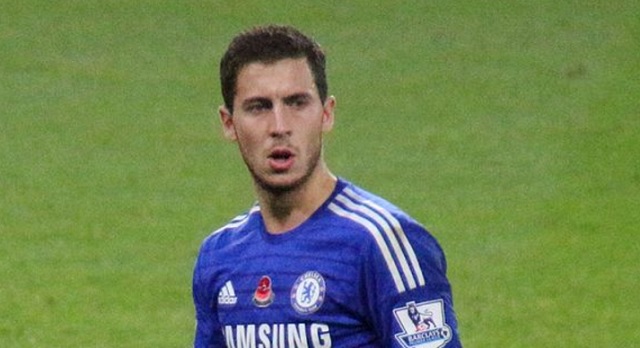 Chelsea manager Antonio Conte has categorically stated that Eden Hazard will not be leaving Stamford Bridge to join Barcelona this summer.

Barcelona are currently in a desperate scrap to find a replacement for Neymar following his departure to PSG and the likes of Philippe Coutinho and Ousmane Dembele have strongly been linked with moves to the Nou Camp in recent times.

Over the past few days though, reports linking Chelsea superstar Eden Hazard to Barcelona has also been emerging and the transfer taking place had been seen as a realistic possibility.

However, Chelsea manager Antonio Conte has gone on to pour cold water to Barcelona’s hopes of signing Hazard by going on to state that the winger is very happy at Stamford Bridge and categorically stated that the Belgium superstar will not be leaving the Blues anytime soon.

When asked about Hazard moving to Barcelona, Conte said, “We are trying to buy the players, not to sell them. Otherwise the number is always less and we are in trouble.

“I think these are rumours and Eden is very happy to stay with us, to play with Chelsea and to start the new season. To recover [from] his injury and to start the season with us. I think so.”