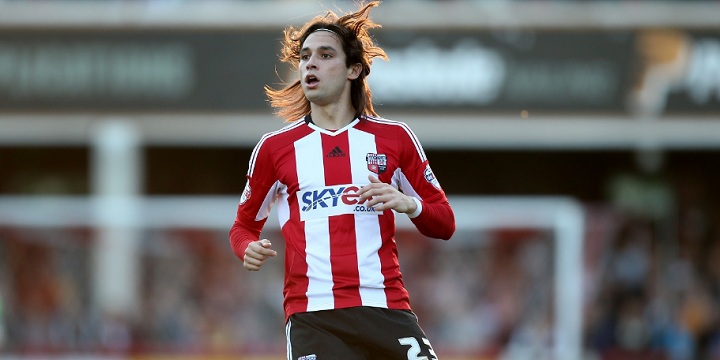 According to reports from Read West Ham, Premier League outfit West Ham United are on the verge of securing the services of Jota from Brentford.

West Ham United had endured a frustrating period early on into the summer transfer window but things have picked up for the Hammers in recent days.

The side from London have already side Joe Hart and Marko Arnautovic and it is widely expected that Javier Hernandez will also be arriving to the Olympic Stadium within the next few days.

The arrival of the high profile trio most certainly strengthens the West Ham squad but manager Slaven Bilic is intent on further reinforcing his side, especially in attacking areas, and now according to reports from Read West Ham, the Croatian boss is set to sign Jota from Brentford.

Jota returned to Brentford in January from a loan spell at Eibar and managed to set the Championship alight by scoring a stunning 12 goals in 21 appearances from a midfield position.

As a result of such exploits, Jota has attracted the interest from a host of clubs and West Ham are now said to have won the race to sign the talented Spaniard.