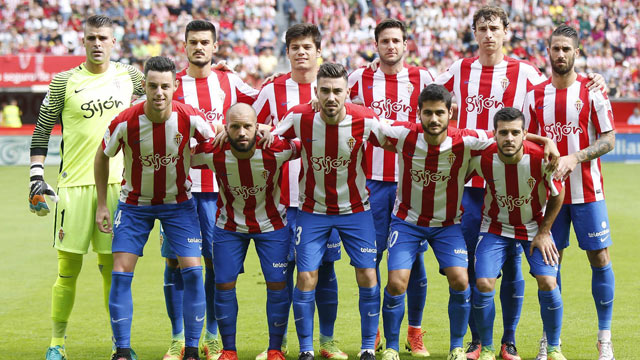 That is a nice fact, however, it will do little to help the side of they lose to Eibar on Sunday night. Anything other than three points against José Luis Mendilibar’s mid table warriors will see Sporting Gijon return to the Segunda division after a two-season period in the top flight.

The gap to Deportivo La Coruna in seventeenth is five points with both sides still with two matches to play. However, the odds are stacked firmly against Gijon who are 1/10 for the drop with 12bet.

Due to Deportivo’s superior goal difference, even a draw for Deportivo would be enough to send Gijon back to the second tier.

But wait, it is not all doom and gloom for Gijon just yet. There is a chance they can pull the great escape off, and here’s why.

Deportivo face a daunting trip to the Estadio de la Cerámica to face a Villarreal side still in with an outside chance of nicking the final Champions League position from under Sevilla’s noses ad unlikely to succumb to La Coruna.

Deportivo’s recent form has also been poor, three defeats in their last four has left head coach Pepe Mel casting a nervous glance over his shoulder with Gijon ready to pounce on any slip up.

By contrast, Sporting Gijon’s recent form has given them reason to believe that they could perform the impossible and avoid the drop.

An impressive 1-0 win over Las Palmas last time out gave Rubi’s men a chance to pull off the unlikeliest escapes.

Eibar will prove a stern test which in any other week, many would have said Eibar would be in for a relatively stress free evening but with Los Armeros comfortably safe in eighth and with little to play for, you sense Gijon will get a second straight win.

Of course, fate is not in their hands and even if Deportivo lose to Villarreal and Gijon beat Eibar, they there is the small matter of Real Betis to overcome on the final day.

Deportivo also host a Las Palmas side on the final day who have clearly decided to take an early holiday after three defeats in a row.

Las Palmas may be safe but four defeats and a draw in their last five will hardly inspire Gijon into believing they can do them a favour and put Deportivo to the sword.

Defeats to Leganes, Atletico Madrid and of course, sporting Gijon in their last three has shown Las Palmas weaknesses and although this weekend should prove kind to Gijon, it is the final weekend where it is more likely to fall flat for them.

The permutations Gijon need in order to leapfrog Deportivo are simple which makes the odds on a Deportivo relegation as far out as 25/1 with 12bet.

Back to back wins for Gijon and back to back losses for Deportivo is the only way Sporting can stay up, it may be clutching at straws but in football, anything can happen.