The football season is reaching an exciting climax but before we know it, the titles will have been decided and the season will have ended. With no European Championships or World Cup this summer, even more attention will be paid to the summer transfer window. Lots of players will be heading to La Liga, but which players could perhaps be looking to move to the English Premier League?

Once again, there is uncertainty over the future of Atletico Madrid striker Antoine Griezmann. Rumours persist that this summer will see him leaving Atletico and heading to an English Premier League side. The French international is 26 years old and that looks like a good age to start the next phase of his career. The buyout clause in his contract is around the 100 million euros mark, so that certainly limits the number of teams who could be chasing his services. Or in other words, look for Manchester United to be chasing Griezmann as they try to boost their forward line, particularly if Zlatan Ibrahimovic doesn’t stay on for another season.

A lot depends on whether United manage to qualify for the Champions League; Griezmann doesn’t look a Europa League player to us. If United are out of the running then that would leave the door open for other sides. His agent has already said that Barcelona and Real Madrid have shown interest, so he could stay in Spain.

If a move to England is still on the cards, that would most likely be to Manchester City or Chelsea who have already shown interest in bringing the Frenchman to the Premier League. There is likely to be stiff competition, though, with both Real Madrid and Barcelona having made enquiries about the striker. He’s definitely a player who could have a big impact in the Premier League. 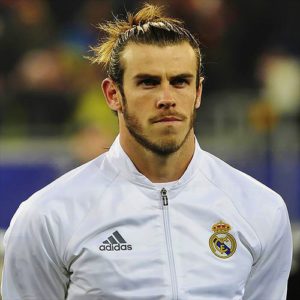 Whenever a top British player heads overseas, the gossip begins that he will be on his way back home. That’s been the case with Real Madrid’s Gareth Bale for a while now, and again there is talk of him returning to the Premier League. Recently, teams in England – particularly Manchester United – are rumoured to be interested in bringing him home to boost their midfield. The fact he scores a few goals, too, would be a big bonus for United, who still lack in that department.

Bale has achieved just about everything he can in Spain. Another title win looks likely this season, with La Liga betting having Real Madrid 1/5 to lift the trophy this season. So, why not return to England, where the Welshman hasn’t enjoyed the same levels of success as far as trophies go? Would he go there, though, if United failed to qualify for the Champions League? Arsenal should have signed him years ago, and a return to Tottenham might just be the missing piece in the jigsaw that takes them to the Premier League title.

Getting a place in the Real Madrid side is never the easiest of tasks. It’s even harder if you happen to be a striker, and for Alvaro Morata, it’s been a difficult season. He returned to the club last summer after a spell with Juventus but with Bale, Ronaldo and Benzema in full flow, he’s not had a great deal of time on the pitch this season, usually starting on the bench. Hardly the best way to use someone that you’ve just signed for £23m; Morato has already been talking about a move to Chelsea this summer, with their coach Antoine Costa reportedly a big fan.

He’s still managed to reach double figures this season despite a limited amount of time on the pitch, so Morata could prove a useful signing for the London club; where, of course, he’d get Champions League football. If anything happened to Diego Costa (i.e. a big contract to move to China), he’d be a good replacement.