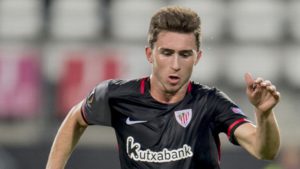 Spain’s top tier of football, La Liga, is one of the best football divisions in the world. Featuring globally recognised teams like Barcelona, Real Madrid and Atletico Madrid, the standard of football and quality of players sets the bar for other football leagues around the globe.

Amongst the bought-in talent like Lionel Messi, Gareth Bale and Luis Suarez, there are some exceptional young players who are rising through the ranks and youth systems of the top teams. Some are beginning to show their pedigree by keeping more established players out of the team and there are always new stars being churned out and sent to feeder clubs or on loan to develop their skills. We’ll be taking a look at some of the ones to watch and some of the already established wonder kids who could become the next big thing in Spanish football and potentially help their team to a La Liga title.

The 20 year old Brazilian attacking midfielder is currently turning our for Granada whilst on loan from Manchester United. Pereira has shown pace and flair, traits which go far on the continent but soon get kicked out of players in the much tougher Premier League. If he looks more suited to the pacey style of football played in Spain, then Granada or a bigger club may just put in either a loan offer or permanent deal based on his current form.

The young Frenchman has already made waves in the Atletico squad, with boss Diego Simeone handing him several big-game starts despite the central defender only being 20 years old. He is very reliable, keeping cool in hectic situations and putting in tackles that have made scouts and pundits alike raise their eyebrows. Although he is French by the birth, there is a possibility that Spain may wish to call him up and he will have a tough choice to make if international honours come calling.

Although a little older at 22, Laporte is all you could ask for in a central defender. Tall, strong, technically gifted and imposing, the French under-21international has been a first pick for Bilbao for a while now, racking up almost 130 appearances since 2012. It is only a matter of time before the senior national team get in touch and all eyes will be on him when his contract at Bilbao is up for renewal, with Manchester City monitoring the situation closely.

The versatile attacking midfielder / winger cut his teeth in Barcelona’s strong ‘B’ team before a loan spell at Sevilla and a permanent move to Valencia, but Barcelona were wise to invoke a buy-back clause and bring ‘the next Iniesta’ back to the Nou Camp. Suarez is electric when cutting through the middle of the park and isn’t scared to have a shot on goal, as well as provide cutting through balls and plenty of magical assists. If he maintains his current form, he could easily help Barcelona to yet another league title and he is all but guaranteed to be playing in a Champions League final in the very near future.

When your dad is one of the best players to have ever lived, there is a gigantic pair of football boots that need to be filled. Enzo has made a single cup appearance under Zizou for Real Madrid, but the calls of nepotism are completely unfounded. Enzo is a hard working Midfielder who is a regular for the Madrid ‘B’ team and at 21 years of age, he still has plenty of time to work for a regular spot. The real question is whether he is good enough to remain with the Galacticos and judging by the disappointing stories of the sons of other world-class players, the odds may be stacked against him.

La Liga teams are constantly looking for an edge over the opponents and youth players sometimes offer the depth needed when games start stacking up. If a team manages to get a few of their development squad firing on all cylinders, then their odds of performing well in the league can fly up. The tough part is stopping their rivals from trying to buy their young stars and many will offer lucrative contracts, even if youngsters still haven’t quite proven themselves yet.